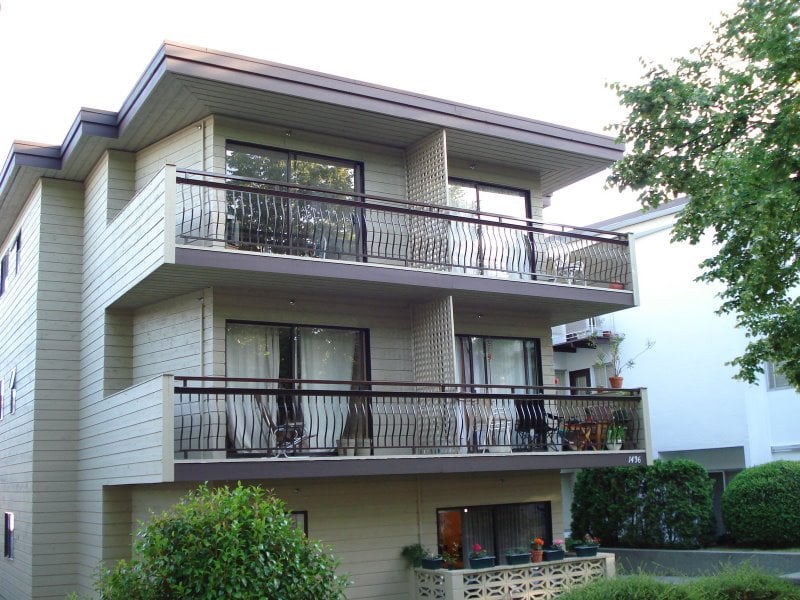 The Dany Guincher House, at 1436 West 71st Avenue in Vancouver, has 11 units of housing for people at risk of homelessness and persons with disabilities who can live independently. Renovations of the three-storey structure included a new roof, new boiler, health and safety items such as upgrades to the exterior balconies of the building and a new sprinkler system.

Capital cost of this project was $2.1 million

It has been said that ‘A community is judged by the way it treats those in need.’

Tikva Housing Society’s mandate is to provide shelter that is safe, affordable, appropriate, and with access to Jewish community services. In a robust real estate market such as we have been experiencing in Metro Vancouver, it is not only more difficult for many to access affordable housing, but it is also more difficult to provide. Despite this enormous challenge, our community was able to obtain its first project – the 11 unit, Dany Guincher House.

Luis Guincher, his wife the late Kela Guincher Z”L”, and their family gifted Tikva Housing Society with an extraordinarily generous donation which was matched by the Provincial Government through the ‘Provincial Homelessness Initiative’ to fund the Jewish community’s first affordable housing project in the Marpole neighbourhood.

Mr. Guincher made the donation to honour his brother Dany’s memory. Dany Guincher Z”L” was born in Chile in 1949 and settled in Israel’s Kibbutz Amir in 1962. He joined the IDF in 1967 and served in the Armour division near the Suez Canal during the War of Attrition as a tank officer.

He married and move to the United States but when the Yom Kippur war broke out he volunteered to re-join his army reserve unit and served under the command of Ariel Sharon in the Negev. His unit crossed the Suez Canal to Ismalia where his tank was hit and destroyed on the last day of the war. Dany was 24 years old and had only been married for 4 months.

May his memory be a blessing and may his name live on with the provision of affordable housing in our community.

Other donors in the community stepped up to provide the additional equity required to secure the property and provide some seed start up capital, including the Diamond Foundation, Greenbrier Holdings, Lohn Foundation, MK Family Foundation, Pekarsky Foundation, Annette Rothstein, Harley Rothstein and Eleanor Boyle, and the Zalkow Foundation.

This project would not have happened if not for the extraordinary commitment and tenacity of the late Susana Cogan, Tikva’s Housing Director of the day. Sadly, Susana passed away in 2016.